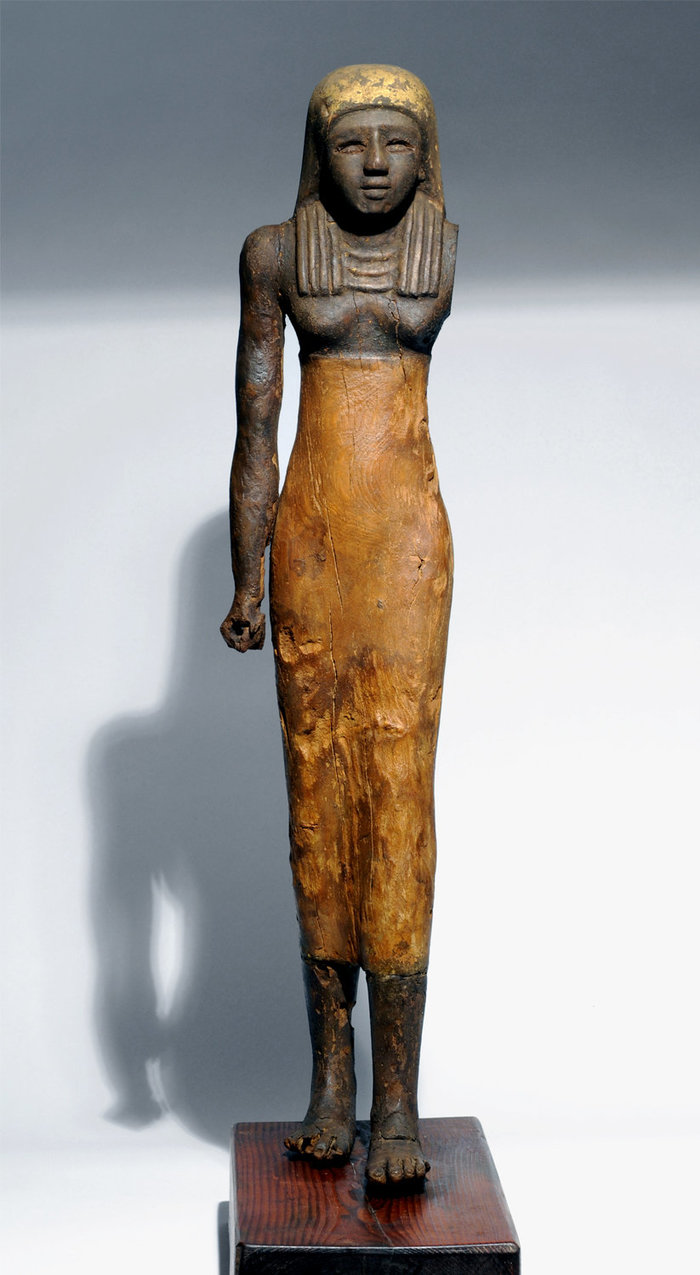 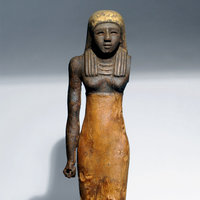 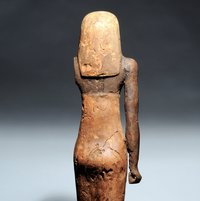 Statue of an offering bearer

First Intermediate Period to early Middle Kingdom, 11th/12th Dynasty, circa 2150 – 1950 BC
Cedar wood with traces of polychromia and remains of gold plaiting on the wig.
H figure 76 cm

Exceptionally large and attractive figure of an Egyptian servant figure who carries on her head a basket filled with food for the deceased.

The standing, slender, dark skinned woman is striding forward with her left leg. She wears a long tight-fitting dress, a broad collar and a tripartite wig on her head. Her eyes were originally inlaid in a different material.

The figure's iconography is well known from reliefs of the Old Kingdom in which rows of offering bearers were depicted. Figures carrying a basket on their heads and sometimes holding poultry in their hands were very popular. They were intended to secure the care of the deceased in the afterlife.

Her arms, legs and feet separately carved pieces of wood. The basket on her head and the left arm that held the basket are lost. The hole on top of her head would have hold the basket. Right arm recomposed of fragments and reattached to the body. Inlays of the eyes missing.

Price
on request
Item
6398
Back to overview
Next object »

Enquiry
Statue of an offering bearer
6398